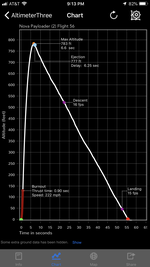 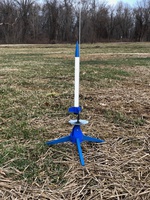 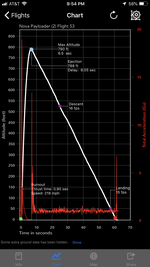 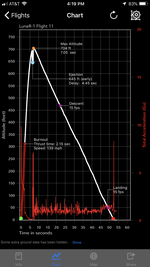 Sixty Acres North. Q-Jet D16-6. What happened to the data? App data display showed zero after the flight but it looks like the download was OK. Apogee was shown in screen recording as model was descending, then connection was lost after it touched down, and when it was reacquired all were zeroed out. But the data look good.